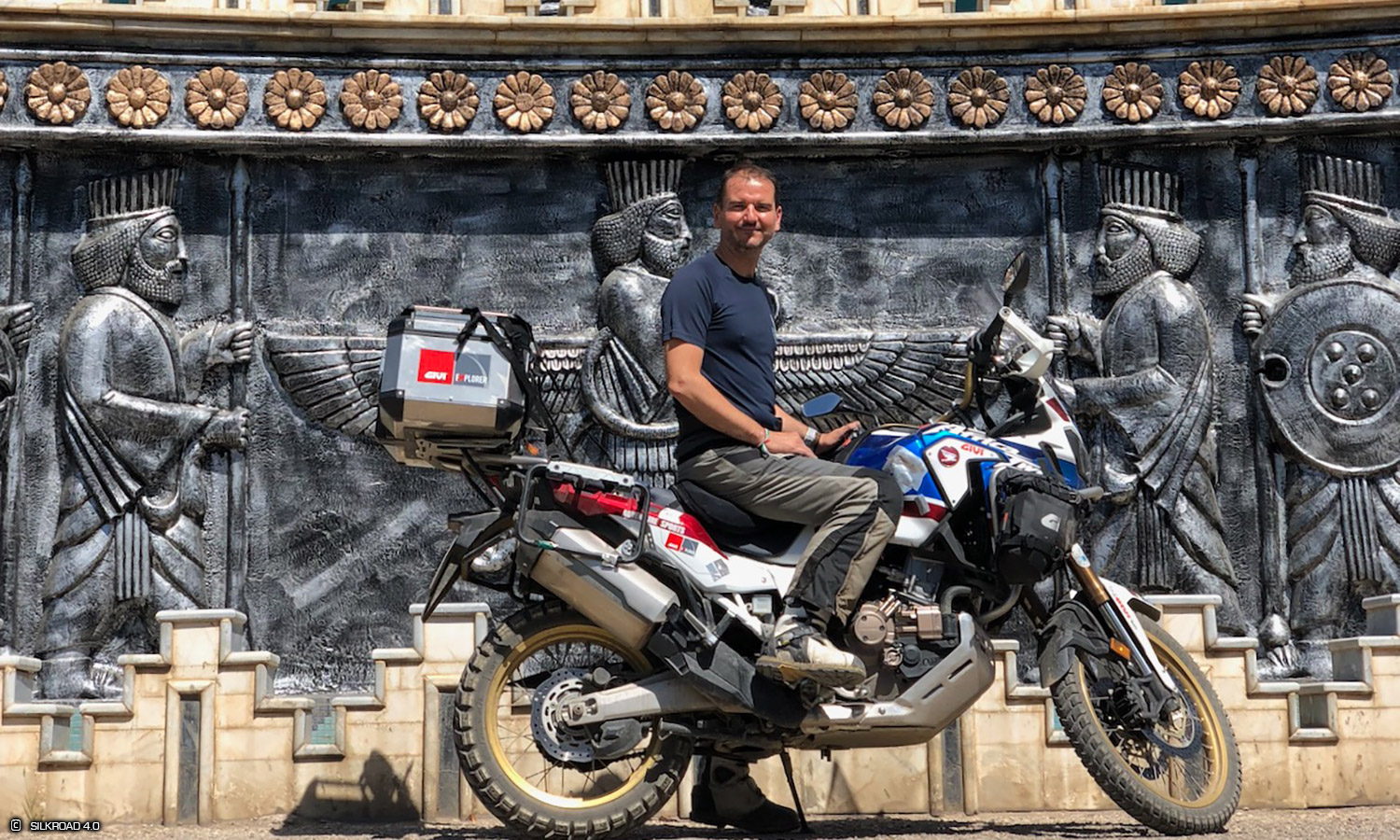 An Austrian "Belt and Road" story

The “Belt and Road Initiative” has been gradually transformed from concept to action, from vision to reality, gathering more and more attention from the world, and increasing in influence. This influence is not only reflected in the attention that the “Belt and Road” is generating on a national level, but also in the growing interest of the people.

On October 12th, a Silk Road conference with the theme of “Travel, Business & Technology” was held at the Austrian Embassy in China. At the event hosted by the Austrian Embassy Office for Science and Technology Austria (OSTA), an Austrian named Philipe Reinisch told interested participants about his unique approach and style of the “Belt and RoadInitiative” - riding a motorcycle from Vienna, the capital of Austria, across 15 countries in Eurasia, and finally arriving in China.

Philipe, 44, has multiple roles: he is the CEO of an Austrian tourism software and hardware R&D company, the co-founder of IoT Austria - an Austrian federation for the Internet of Things, and a professional traveler. He launched a campaign called "Silkroad 4.0" this year, where he rode his own motorcycle from Vienna, Austria, on April 29, via Italy, Croatia, Serbia, Bulgaria, Turkey, Georgia, Armenia, Iran, Turkmenistan and others. Travelling through fifteen “One Belt, One Road” countries, including in particular Uzbekistan, Tajikistan, Afghanistan, and Kyrgyzstan, he rode 15,000 kilometres for more than six months, and finally arrived in China in September.

In a presentation to the Austrian Ambassador to China and the Science and Technology Counselor Zhang Chao, as well as representatives from various government departments and technology companies, Philipe spoke enthusiastically to the audience of how he wants to explore the “Belt and Road” in the eyes of travellers. Philipe believes that his long trip is not only limited to travel and tourism, but also includes communication at commercial and technological levels. Through overland motorcycling, he not only tested projects and products developed by his company and partners, but also brought the project to China, and prepared to launch in the Chinese market. Therefore, he placed the first stop of China in the 13th China-EU Business and Technology Cooperation Fair, held in Chengdu.

When talking about the combination of travel technology and his trip along the “Belt and Road” countries, Philipe said that his travel equipment can be described as “armed to the teeth”. The motorcycle itself uses the most advanced security technology, with its own tracking and positioning systems and the accident alarm function; the helmet is equipped with a sophisticated array of cameras, which can record and analyse the real-time road conditions, such as surface condition, slope, angles and distance; the smart watch can monitor the environmental data such as altitude, weather, temperature and air pressure, to plan the optimal route for the traveler. With the help of mobile applications such as Google Translate and Booking.com, potential issues with language exchanges, food and accommodation, and finding local services along the way have all been easily solved by technology.

In an interview with reporters, Philipe said that the core of all future technology is digital networks. Whether it is industrial development or value chain creation, it is inseparable from data exchange. The purpose of this trip is to illustrate the connections between Europe and China in the form of travel and technology. The achievements of scientific and technological innovation will promote the scientific and technological exchanges, and the establishment of science and technology networks in the countries along the “Belt and Road”, and at the same time explore new forms of tourism, and promote the development of tourism between China and Europe. Philipe said that the reason the end of the trip was located in China, is because China has a special meaning for the “Belt and Road” initiative: China is both the start point of the ancient Silk Road, as well as the initiator of the “Belt and Road Initiative”, which provides a new vehicle for the application of new and future travel technologies.

As early as 2003, Philipe began to travel long distances by motorcycle. In 2010, he rode to South America for 17 months. In 2017, he spent two months riding the European Union. Philipe told reporters that the are plans to invite two tourist "fans" from China, to ride from China to Europe using Chinese-made motorcycles, Chinese travel products, and bring future "Made in China" businesses and technologies to Europe. On the expedition, they will also visit several European technology centres and use a wide variety of European, Global and Chinese media channels to explore and share the “Belt and Road” landscape.

Philipe also has a longer-term plan to expand to the Chinese market and establish a tourism agency to serve Chinese consumers. He plans to help more Chinese people who travel to Europe to have a more interesting and rich travel experience, through the combination of technology and tourism in an adventure setup. He said: "In fact, travel between European countries can not only be completed by train, cycling and driving, which are great experiences, but now Chinese people may encounter fewer problems in self-driving tours within Europe, so I hope we can help make travel inside Europe more convenient and fun."

A guest at the event can see that the “One Belt, One Road” initiative has been gradually transformed from vision to reality, attracting more and more attention from the world and increasing influence. And Philipe's “Belt and Road” story shows that this influence is not only reflected in the “One Belt and One Road” concern at the national level, but also in the growing interest of individual people in various countries.

BUTTON - JOIN THE NEXT EVENT

Join the next Event